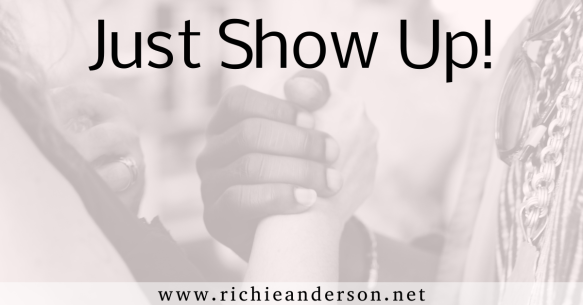 If you haven’t noticed, there is a lot happening in our world today. This year (2020) has been a doozie so far, hasn’t it?! Corona Virus has had us shut up in our houses for weeks, a man named George Floyd was murdered by a police officer, rioting and looting have been going on all across the country…

I promise, this blog isn’t trying to depress you or be political. One thing I know for a fact is that YOU have a friend – whether or not they live next door, across town, across the country, or they’re virtual friends on social media – who has been affected in some way by 2020’s disasters. Maybe they or one of their family members has had COVID-19, and maybe they have been hospitalized or their family members have died. Maybe your friend is a person of color and they feel deeply impacted by the incident in Minneapolis and the resulting violent and destructive actions of a few people. Maybe you aren’t affected by these events, but you don’t to look far to find someone who has been.

Now, I’m not asking you to agree with me or with your friends. But I am asking you to have some empathy, compassion, and love toward them. Just show up for them! You don’t need to fix them, or say profound words or make a profound Facebook post. Just let them know you’re there.

Job went through a terrible loss. He lost all of his children and all of his possessions. He was known to be a very, very good man. In Job 2:11-13. his friends hear about his loss and they go to him. They see his suffering and cry for and with him. Then in verse 13, “… they sat with him on the ground seven days and seven nights, and no one spoke a word to him, for they saw that his suffering was very great.” They didn’t say anything! They just sat in silence with Job for a week!

They did eventually open their mouths and talk. That is where they messed up.

Just show up, and shut up.

That’s a good question isn’t it?  Who did raise Job? Hmm…

We know already that Job was a Godly and righteous man. God’s Word says that he was blameless (Job 1:8)! Can you imagine God calling you, or the child you raised, blameless? But how did Job get to be that way? It’s possible that he came to knowledge of God through study. Or maybe one of his “good” friends taught him. But Job 31:16-18 tells us something about his upbringing:

If I have withheld anything that the poor desired,
or have caused the eyes of the widow to fail,
or have eaten my morsel alone,
and the fatherless has not eaten of it
(for from my youth the fatherless grew up with me as with a father,
and from my mother’s womb I guided the widow)

You see, Job’s parents were servants before him. He witnessed his parents helping orphans and widows, just as we are told by James what true religion is (James 1:27).

So how did Job’s parents teach him to be such a good man? Deuteronomy 6:6-9 springs immediately to mind:

And these words that I command you today shall be on your heart. You shall teach them diligently to your children, and shall talk of them when you sit in your house, and when you walk by the way, and when you lie down, and when you rise. You shall bind them as a sign on your hand, and they shall be as frontlets between your eyes. You shall write them on the doorposts of your house and on your gates.

I can’t say for certain, but I would imagine that this is how Job learned, and this is how we are to teach our children. Notice that this passage doesn’t say to let Sunday school teachers teach your children. Neither does it say let the youth minister raise your children. No, the Bible says for YOU raise them (Ephesians 6:4). It says to teach by your example. How do you talk about God? Do you talk about God? Do you pray in the morning, before meals, at bed time? Do your children see you studying the Bible? This passage says they should literally see the Word everywhere!

Now that I’m done stomping all over my own toes, I pray that you have an amazing day.

In 1 Peter 5:8, Peter describes Satan as a “roaring lion, seeking someone to devour”.  He also says the Devil “prowls around”, he sneaks and paces and searches for someone – you and me – who he can turn away from God.  Peter says to “resist him”, or “standfast” in verse 9.

Resist? Standfast? How in the world do we resist a roaring lion, you ask?  God always has an answer, but this time we look at a question God asked as an answer:

Have you considered my servant Job?

Job 1:7 reads: The Lord said to Satan, “From where have you come?” Satan answered the Lord and said, “From going to and fro on the earth, and from walking up and down on it.”

Sounds like Satan was doing that prowling thing right?  Throughout the book of Job, the Devil stalks, prowls, and tries his best to devour God’s servant Job.  But he couldn’t do it, no matter what he threw at Job, he resisted.  How?  Lets go back to 1 Peter.

Peter says in verse 9 to “Resist him, firm in your faith”.  Job stayed firm in his faith, even though he lost all of his possessions and his family, even though his closest friends and even his wife told him to abandon God.  Job stayed faithful and trusted in God.  Peter tells us the same thing in verse 10: “And after you have suffered a little while, the God of all grace, who has called you to his eternal glory in Christ, will himself restore, confirm, strengthen, and establish you.”

Never lose sight of the Cross, stay strong and resist the world, and God will pick you up and dust you off.